Sheila Stewart began her career as a corporate market feasibility analyst.  Pursuing her passion and marketing skills, she was recruited by a national advertising agency where she built a new division.

She went on to launch her own full-service advertising agency and built an award-winning global team of over 140 successfully creating B2B and B2C campaigns for product launches worldwide.  Understanding the financial importance of tracking marketing ROI, she developed and implemented proprietary metric tools for her clients.

She sold the firm and went on to publish a series of 24-books creating a marketing system for businesses.  She spent 5 years on a business speaking tour, published two subsequent Amazon Best-Selling books and has appeared on ABC, NBC, Fox, nationally syndicated radio shows and in various print publications.

Sheila leveraged her vast years of experience in hiring and managing outsourced talent and formed Sonic Seven Tech, a company providing contract and permanent placed resources specializing in the IT sector including experts in search technologies such as Solr and Elastic, SQL, C#, Azure, ETL, Power BI, Database Architecture and more.

She serves as CEO for both companies and continues to grow both organizations organically through relationships and referrals. 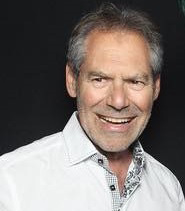 Robert Snyder is a licensed attorney in Massachusetts and holds a master’s degree in Public Health Management. He entered private practice in 1975 after serving the City of Cambridge Massachusetts as an administrative Judge.  He later formed his own law firm and expanded to a thriving practice where his focus was litigation work for the firm.

He attended Boston University School of Taxation where he studied tax law and proceeded to open his own tax practice in Beverly Hills, CA in 1980 catering to the motion picture business and entertainment industry. From there Mr. Snyder spent several years as Of Counsel with the Beverly Hills law firm of
Philip M. Rohlin & Associates.

He then formed a company that focused on asset acquisition and operation of outpatient surgery centers across the country.  He built the company to over 30 facilities with annual revenues in excess of $100 million.  He sold the operation in 2005 to pursue other entrepreneurial interests, which included working with Break Through, Inc. where he was a featured motivational speaker on their national speaking circuit.

He went on to serve as Executive Advisor and General Counsel for companies such as Viaduct International, a VC firm, and Silicon Beach Media, Inc., an entertainment app.

He joined Sonic Seven Communications, Inc. (SSCI) in 2014 and serves as Principle and General Counsel collaborating with the SSCI executive team to advise clients on business growth strategies.

COMMUNITY SERVICE: Mr. Snyder ran for Massachusetts State Representative in 1974, and for Newton, MA School Committee in 1975. He served as the local Administrative Hearing Officer for the Village of Heritage Ranch Homeowners Association (HROA), the largest homeowners’ association in California.  He was also a member of the HROA Executive Finance Committee, the Reserve Subcommittee of the Finance Committee, and the Documents Committee.

Robert and his wife, Kathleen, live in Scottsdale, AZ.  They have two sons, Matt (an executive for the Kendall Jackson family) and Nick (an executive for SmartRent). Robert enjoys reading, playing golf and is a scotch whisky connoisseur.

Meet Our “Make It Happen” Team